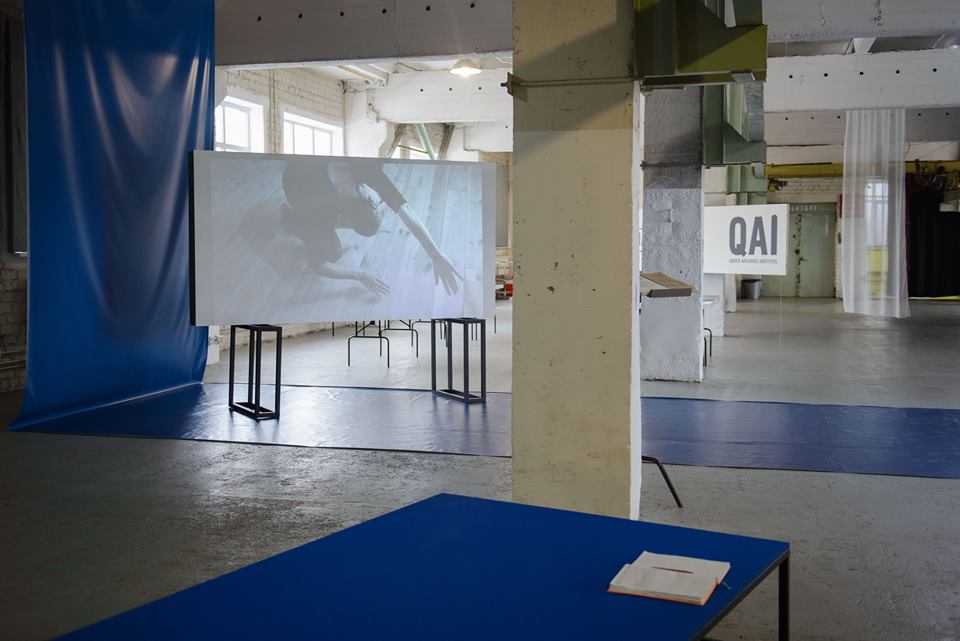 Since December 2016, la fabrique documentaire has been involved in the ‘Inside Europe’ project. It was initiated by the Insitut Francais with the support of Relais Culture Europe and is aimed at bringing together cultural actors from Western, Central, and Eastern Europe to establish a joint thematic and itinerant programming. Encounters were held in three phases: Kiev in December 2016 and March 2017 and then Paris in June 2017. The writing of the program is underway and could be financed by the European Union. Participants from Belgrade, Budapest, Prague, and Paris share a few words.

« What is this European moment that we are living? Should we believe in it again and again? Or should we look away? Should we claim a shared history, a common destiny, and the need to work towards better mutual understanding? Or should we dig the furrow of our specificities?
The Inside Europe project initiated by the French Institute is based on continuity: continuity of these questions across the countries and populations that make up the whole of Europe. We have therefore undertaken the gathering of cultural actors who, along a recently stretched East-West axis, wish to reflect on other ways of doing things, to consider their own involvement in the local environment, solidarity, openness, and commitment. We are connected by a great curiosity. We discuss, we meet, we explore. We look closely at the variety of local contexts: here strong political tensions, there tightening of civil liberties, beyond that contested borders… And everywhere, the aspiration to living better, citizen vibrations, the desire to be able to circulate easily and freely, innovative solutions…
From Sofia to Strasbourg, from Wroclaw to Belgrade, the partners gathered by Inside Europe build a program where cultural practices fully integrate the primary issue of the link with the public and civil societies. The project is not purely artistic: there are theatres, contemporary art centres, cultural establishments, museums, cultural NGOs, a documentary agency, and so on. This heterogeneity is our prize, as much as the dual local and European anchoring of all operators. We are modestly scrutinizing this European moment, while being determined not to let it escape us. »
Francky Blandeau, Institut Francais (Paris)

« We strive to educate to citizenship through culture. We want to show a positive image of the future by associating it with the learning of democracy. What I find interesting is connecting activists and institutions. This is exactly what we are trying to do in Kretakör. The Hungarian government doesn’t like it. To me the Inside Europe project is political. It is a project between East and West on a large scale. In the East there is a lot of potential to develop in the years to come. It is very important to try to do that now. »
Dora Papp, Kretakör (Budapest)

« Archa Theatre is a place where we produce but where we also create. We are very involved in social issues. We believe that culture is a public service. Our theatre is a tool to asking questions in the public sphere. The aim is to help us better understand in all its complexity the issue of migrants, refugees and open up new spaces for discussion. It is necessary for Europe to find a new approach to make people meet and create projects together. « Inside Europe » is a good antidote to the crisis. I am hopeful that this crisis precisely is an opportunity to seize to build something interesting and better. In all the countries of Europe we have the same problems related to populism, to racism. We must find a common language to fight these evils. »
Jan Vesely, Archa Theatre (Prague)

« We are trying to promote culture as an economic tool for development. We see ourselves as entrepreneurs, because in a historically highly state-controlled context it is the only way to be independent. We’re very proud of that, it’s completely new. Creativity can generate money, ‘good life’ while promoting values of love and solidarity. The problems are almost the same in Kiev and in the countries of Central Europe: how to replace the cultural monopolist state? The answer is to become an entrepreneur. With Inside Europe beyond the project itself it is very important to be together and to feel that we are together. Let us look for the most effective, the most humane model. We can do this if and only if we achieve a critical mass, which Inside Europe can help us achieve. »
Ivan Lalic, Mikser House (Belgrade)

Translated from French to English by Auriane Biron